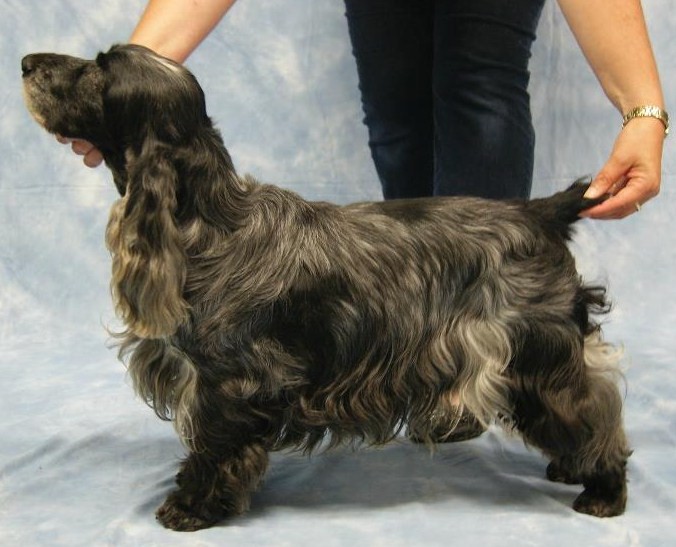 Douglas was born on the 08 October 2001 in St Helens - Merseyside and was bred by Debbie and Ken Grice.  He was one of 5 puppies - 3 boys and 2 girls all Blue Roan. He was from a repeat mating that produced Sh Ch Kyna Betty Boop - Bitch CC winner at Crufts 2002.

Douglas was a very handsome Steel Blue Roan Dog - he was a total joy to own, show, live with and brought me so much pleasure in being my Douglas.  Everybody who met Douglas fell in love with him, he was such a loving dog who would go to anybody for a cuddle!!

He was a fantastic dog and a real ambassador of the Breed.  He loved life and certainly lived every single minute of it to the best he could. 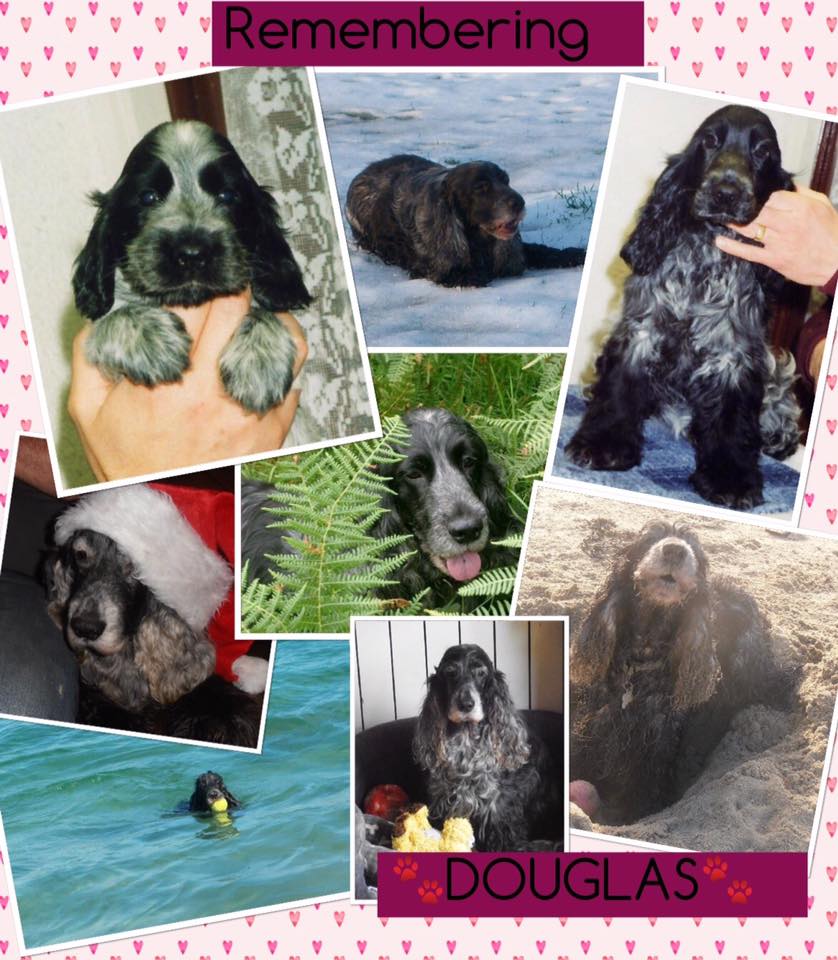