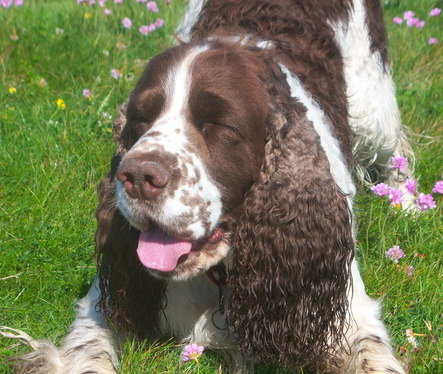 Let me introduce you to Oliver my first English Springer Spaniel and what a fantastic dog he is.  Oliver was born on the 24 October 2007 and was one of 5 puppies - 2 boys and 3 girls.

He has fitted in very well with my other Boys and had a very special friendship with Douglas these two absolutely loved each other.  The ball would be thrown out to sea Oliver would swim off and get it and little Douglas would come in when Oliver got to shore and steal it from him.  After loosing Douglas, Oliver has a new sidekick in the form of little Alice, she follows him much to his annoyance everywhere and when he is running around in the sea she isn't far behind him.  He is an absolute joy to own and love being shown, he loves his cuddles and his Mum :-)

Oliver gained his Prix d'Honneur title with the Guernsey Kennel Club in August 2015.  The dog has to obtain 60 points from the Guernsey Kennel Club Open Shows and when he/she has and this has been confirmed by the record keepers the Prix d'Honneur is awarded.  This has given Oliver life time Crufts qualification and he will now be known as "Lyntonridge Loyalty Card at Derrindee PdH".  I'm very proud of my boy, he is a one in a million!!  BIG Thanks to his breeder and good friend Lynn Ozanne for entrusing this lovely dog to me.

Oliver has had a wonderful show career below are the highlights:-

Reserve Best Puppy in Show in May 2008

Best Veteran in Show in February 2015

Crufts 2015 - Oliver was awarded a VHC under Frank Kane in a large class of Show Champions.

Reserve Best Veteran in Show in May 2015

Best Veteran in Show in February 2016.

Crufts 2016 - Oliver was awarded a 2nd under Nicola Calvert in his Veteran Class.

October 2016 - Oliver and I were presented with his Guernsey Prix d'Honneur!! 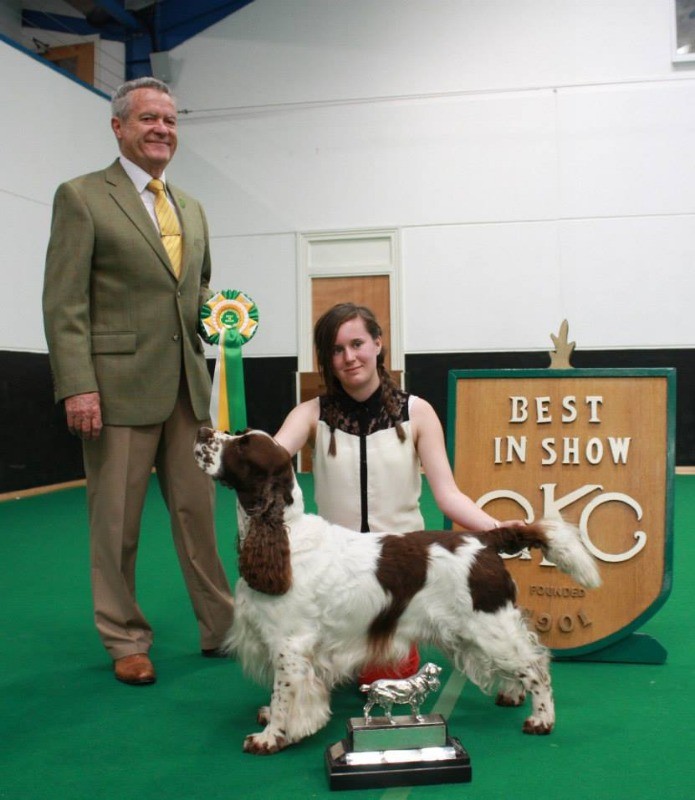 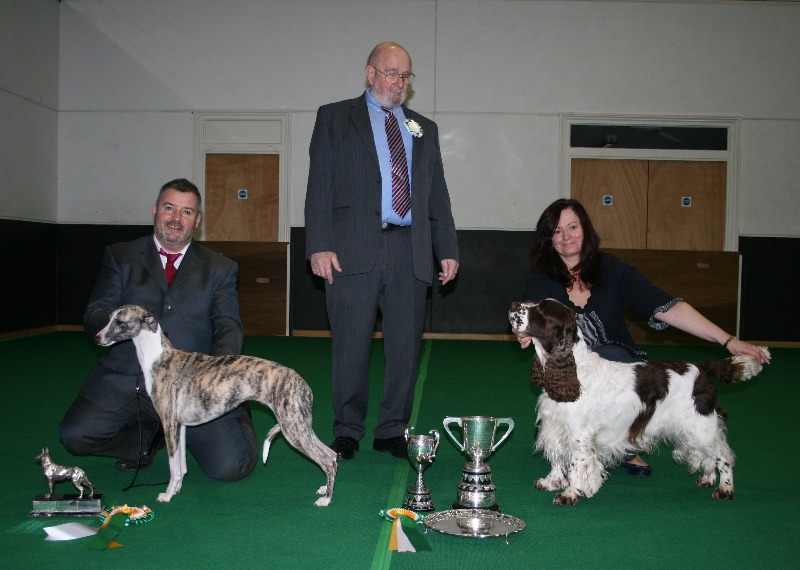 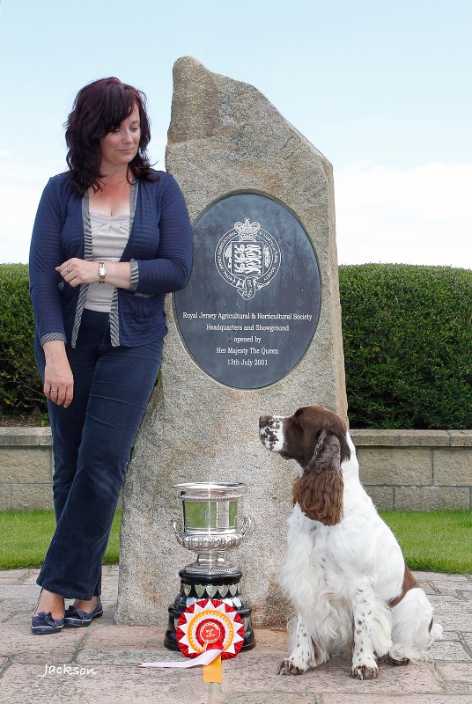